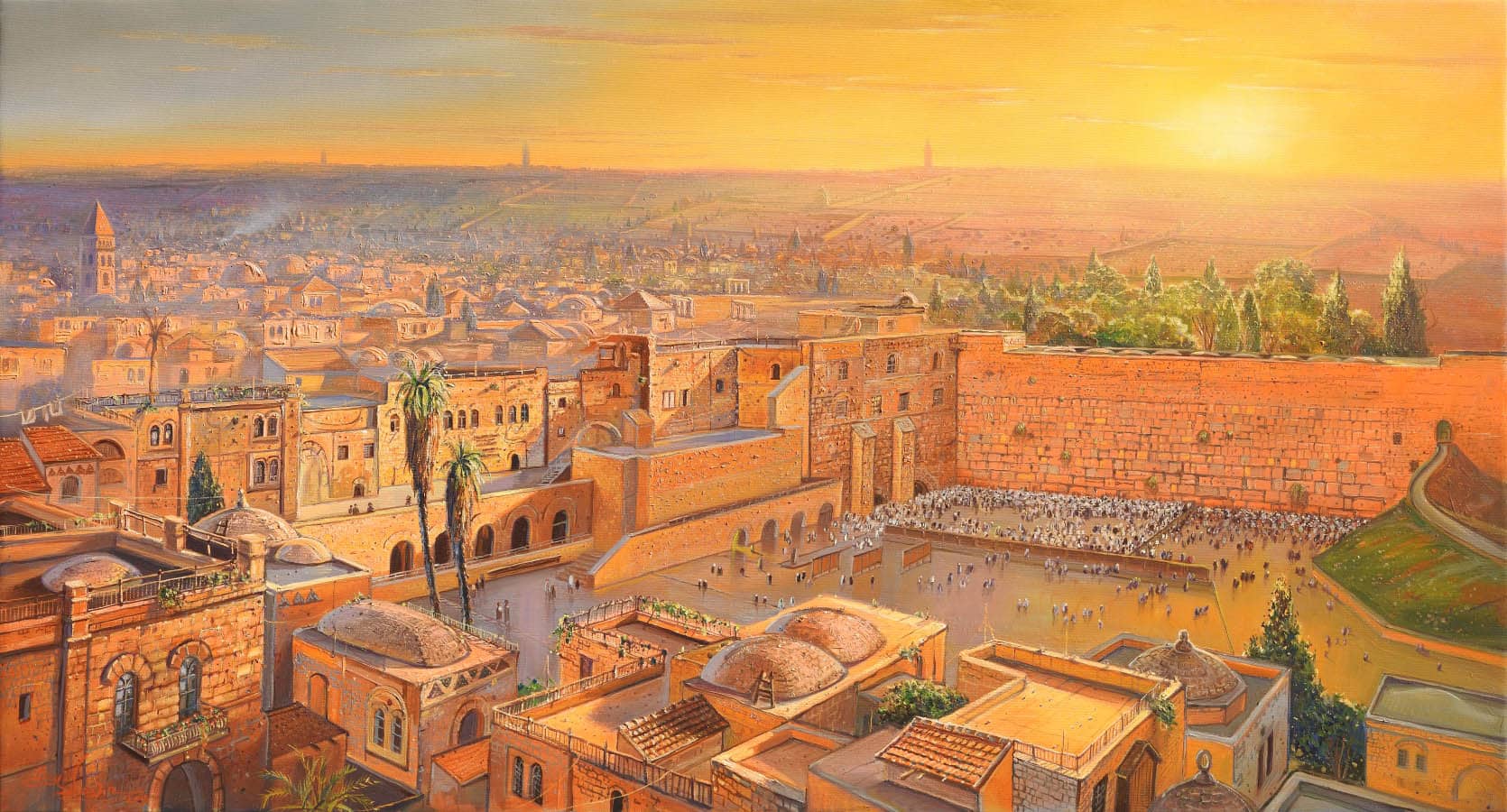 For me, Jerusalem is love at first sight.

When I arrived in Israel 30 years ago and first saw this city, I was so fascinated by it and immediately realized that Jerusalem would become the center of my work. For thousands of years, Jews mourned praying and dreamed of returning to this city. And only after 1967, Israeli defense soldiers entered the Old City and freed it from the Jordanians. the Jews were again able to return to their roots to their shrines.

Victory of 1976 painting by Alex Levin

I created many paintings of Jerusalem related to the Temple which stood in Jerusalem until it was destroyed by the Babylonians and then by the Romans.

Pilgrimage to the second Jerusalem Temple painting by Alex Levin

By painting Jerusalem I try to reveal the character of this holy city of its old walls with its history. It is written that God divided the beauty into 10 parts and 9 he gave to Jerusalem. Absolutely true since Jerusalem is the most beautiful city on earth. In my Jerusalem paintings I try to draw his most beautiful places where Jews pray and go to the synagogue to live and celebrate their holidays. When I work on my Jerusalem paintings I try to imagine the city without mosques, but only Jewish shrines that I want to draw in the picture. One of my favorite topics is the Tower of David.

I created many paintings where you can see the old walls of the city of Jerusalem and the Tower of David that towers above them. Especially beautiful pictures when Jerusalem is captured at sunrise or vice versa at sunset. They say that our Jerusalem is a reflection of heavenly Jerusalem.

In my Jerusalem paintings I try to see how Jews have been praying since the time of Abraham and their prayer appeal to the Almighty and that the time will come when the Messiah comes and peace and rest will come on earth.