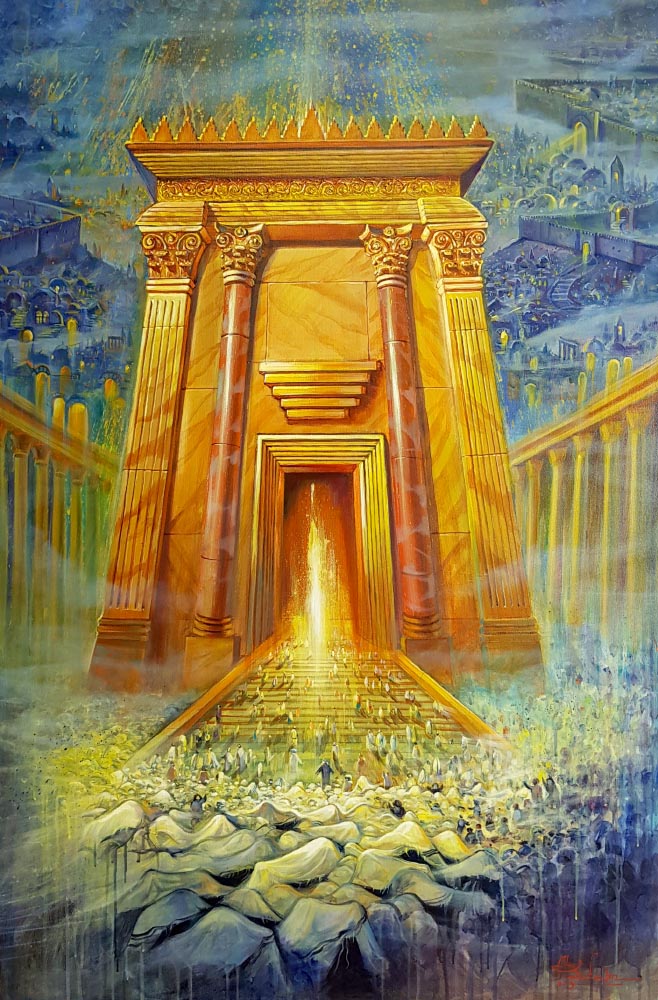 Some artists’ paintings show what Jewish has encountered; for instance, there are paintings of Holocaust and Jewish movements. These are issues that are well known globally; hence it becomes easy for other cultures to understand Jewish contemporary art compared to the previous centuries’ experiences.

The drawing and paintings are colorful and resonate with the current technology, as some drawings have three dimensions (3D) effect. The modernized art gives a vivid picture of biblical stories, Jewish lifestyles, and more topical issues.

Contemporary Jewish art through Jerusalem paintings can be traced back to centuries ago. Jewish art in centuries is well captured in the Bible. In the Bible, the construction of First Jerusalem under the direction of King Solomon is attributed to Jews.

Synagogues are also a form of Jewish art that was appreciated in centuries. During the 15th century, some of the Jewish art was in kind of manuscripts. Artists made illuminated manuscripts of biblical characters like Jonah, Balaam, and King David, who was the second king of Judah and Israel. They also made Jewish ritual objects like Torah crowns and finials, spice boxes, Kiddush cups.

These ritual objects are still being made because Jews always practice rituals to date. The centuries’ Jewish art depicted the way of life in Israel, and contemporary art is also giving the same effect but in a modern way. Contemporary art is colorful and technological.

Jewish contemporary art is now advanced compared to the previous form of art. The current artist in Jerusalem uses technology to showcase their work. For instance, an artist like Alex Levin makes paintings that are displayed online on his website https://artlevin.com. Levin’s religious paintings are also sold online, and they have a 3D effect.

The paintings are colorful, giving finer details of biblical stories like rising of the third Jerusalem temple, stones of Kotel, entry to Jerusalem. Most of the Jewish artists have drawn Jerusalem wall art depicting it in different formats. Some artist like Marc Chagall has portrayed the pain and devastation of the Holocaust through his “White Crucifixion” and “Apocalypse in Lilac” paintings. There are also art schools that appreciate the work of an artist by melding artists to be professionals.

Jewish art in the form of Jerusalem wall art can be found in different homes. It can be in the form of physical objects like Kiddush cups and portraits. Customers who have purchased Levin’s paintings online give testimonials online that they decorate their homes with his paintings. Some customers testify how much they appreciate the paintings deco as they become a daily reminder of Biblical stories, which are the Jewish beliefs. Jerusalem paintings are popularly found in Jews homes due to their ideas that Jerusalem is associated with heaven.

The contemporary Jewish paintings ride on religious beliefs and other shared societal norms. The artists are also professional, and as a result, the creativity in their arts is outstanding.