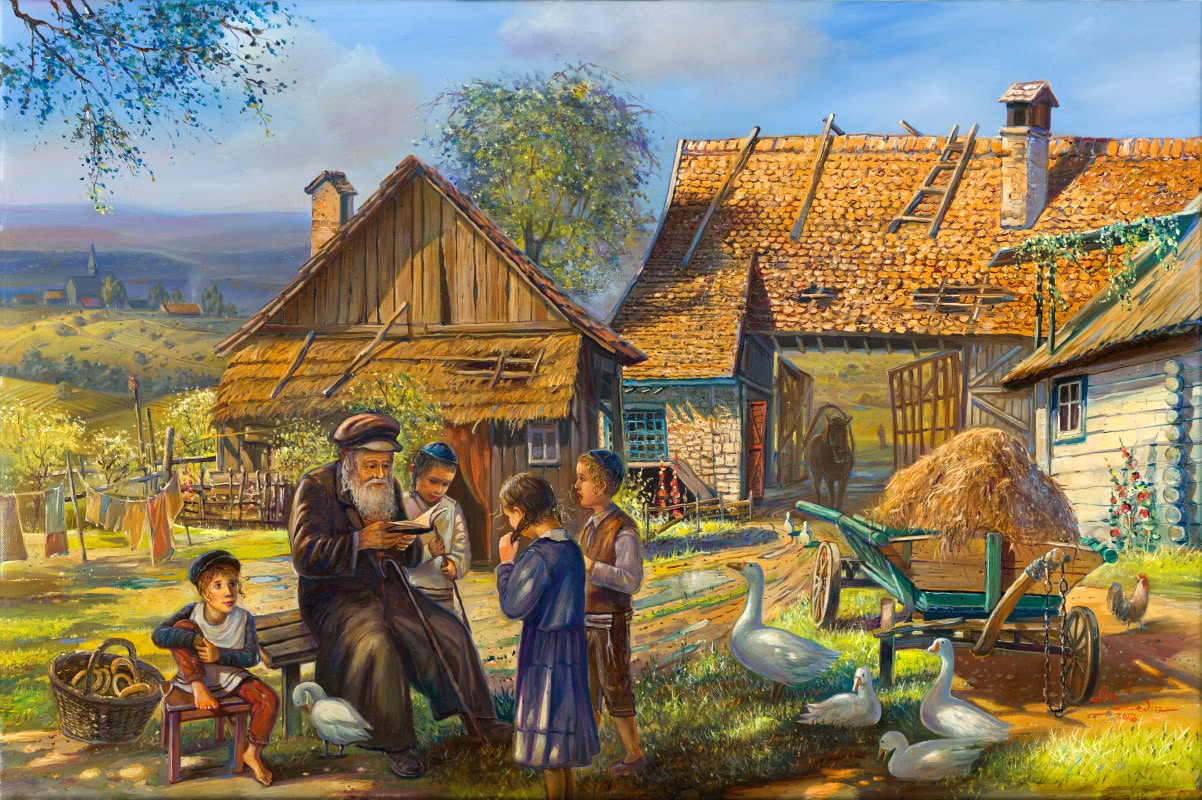 Throughout history, Jewish people have faced persecution and hardship across Europe and the world. In response, many found refuge in small, largely autonomous towns known as Shtetls. Long serving as symbols of Jewish culture, Shtetls have been brought to life through the works of the painters who documented the people and places in their artwork, which stand as quiet reminders of Jewish heritage.

The Jewish-themed works of art from Europe’s Shtetls bring to life the unique culture of these towns. These Shtetl paintings serve as a way for today’s viewers to explore the lives of the Jews living in Europe in the 19th century and earlier. They are also a reminder of what life was like before the Holocaust changed the fate of Jews in many of these European Shtetls forever.

Shining a Light on the Rich Heritage of Europe’s Shtetls

The paintings of art from the Shtetls of Europe tell the tales of Jewish people who survived, if only for a time, to pass on their culture and traditions. The artwork reveals the religious, cultural and economic connections of Jews in the various Shtetls throughout the region. Many of the paintings also depict the ways in which different Jewish communities co-existed with one another in shared dwellings, before the devastation of the Holocaust.

Many artists choose to focus their works on the communities of Jewish people in Europe’s Shtetls. Through these paintings, today’s viewers can come to understand the unique way of life of people in these towns. They can explore how Jews lived, how they practiced their religion, and how they experienced the environment around them. Through these works, they can also gain insights into the languages, customs and culture of these Jewish communities.

The artwork of Shtetl life is known for its naturalistic depiction of the moments and everyday life of Jewish people living in Europe. Through these lifelike depictions, viewers can explore the human experience in a way that cannot be achieved through photography or film. The paintings also capture the nuances of the environment, allowing viewers to peer into a particular place at a particular moment in time.

How Paintings Reflect the Diversity of Jewish Shtetl Life

The paintings of Jewish life in Europe’s Shtetls speak to the diversity of religious and cultural practices among different Jewish communities. Through these works, viewers can come to better understand the differing Jewish customs and beliefs that have been adapted from country to country, region to region.

Paintings as a Window into Shtetl Cultures Across Europe

The paintings often serve as a way to gain insight into the lives of Jews living in various European Shtetls. Through these works, viewers can experience an array of customs and habits that vary from place to place. They can also explore the way Jews lived in accordance to the culture of their area and how they interacted with those of neighboring communities.

The artwork also serves as a way to highlight the long-standing practices and values of Jewish life in Europe’s Shtetls. Through these works viewers can trace the Jews’ Jewish roots, tracing their histories and legacies through the paintings. By examining these pieces, viewers can also look into how different Jewish communities adapted and developed certain traditions, incorporating unique cultural elements specific to each Shtetl.

These paintings provide a valuable gateway into discovering the stories of Jews in these diverse European Shtetls, which can help us to better understand their experiences and celebrate their contributions to the world we know today. Whether through depictions of weddings, depictions of daily life, or depictions of struggles for survival, these paintings reveal the community’s unique culture and offer hints of hope amidst the stories of grief that follow the Jewish communities of these small towns.

The paintings of the Jewish Shtetls of Europe are a valuable reminder of the longstanding traditions and experiences of Jews. By exploring the works of these painters, viewers can unlock a world of stories, customs, and experiences that are often overlooked in mainstream history. These stories and their subsequent artwork stand as windows into the past and offer a way to keep Jewish culture alive and remembered. 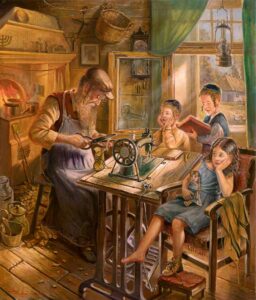 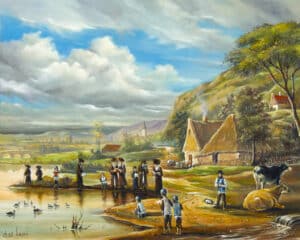 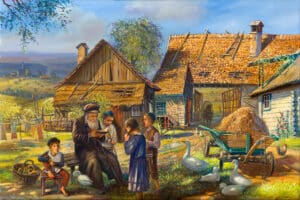 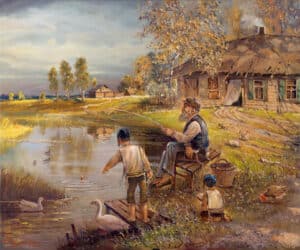