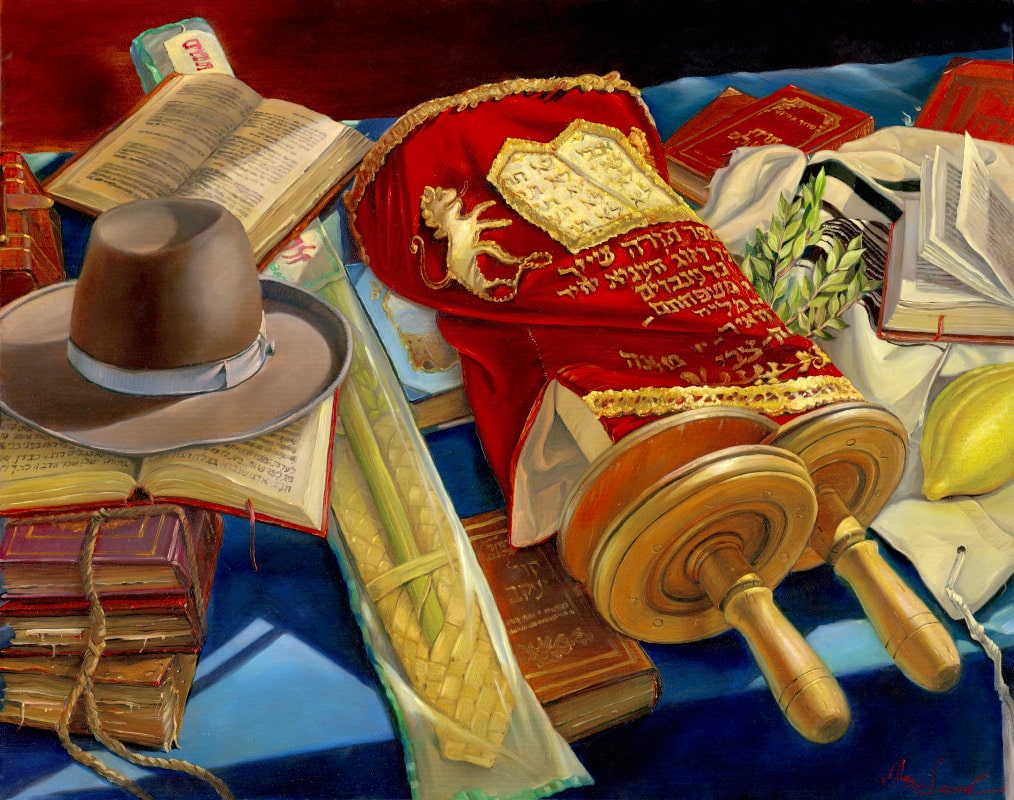 Throughout history, the beauty of Jewish ceremonial art has captivated onlookers from all backgrounds and faiths. From the intricate detail of a menorah to the solemn symbolism of a shofar, Jewish ceremonial objects are infused with spiritual and historical meaning that has long been cherished by generations of Jews worldwide. In this article, we will take an in-depth look at some of the most iconic objects of Jewish ceremonial art, discuss their spiritual essence, and explore the role such items have in Jewish culture and religious ceremonies.

Jewish ceremonial art is deeply intertwined with Jewish spirituality. Each ceremonial object has its own individual significance and profound symbolism. Displays of Jewish ceremonial objects at home, in the synagogue, or within the community serve as a reminder of the culture’s heritage and values. These items often reflect the larger stories, themes, and values that are present in the Hebrew bible, creating a bridge to the past and evoking strong emotions.

A wide array of objects, from traditional to modern, can be associated with Jewish ceremonial art. Some of the better-known examples are the mezuzah, a parchment inscribed with Hebrew verses from the Torah, the tzitzit, a fringed garment symbolizing faith in God, and the shofar, a ram’s horn blown at certain occasions in the synagogue.

Other common items include the menorah and the Kiddush cup. The menorah is a 7-branched candelabrum originally used in the Temple of Jerusalem. It is so ubiquitous in Jewish culture that it has become one of the symbols of the State of Israel. The Kiddush cup is used during the Kiddush prayer, a blessing over wine which marks the commencement of the Shabbat. Through their symbolic use in prayer and ceremony, these objects come to impart divine unity and eternal peace.

Jewish ceremonial art is not limited to the symbolic items mentioned above. Jewish ceremonies are full of unique and beautiful art forms that can be seen in various aspects of the religion. Examples of this art include elaborate embroidery, intricate illustrations, and decorative items that often incorporate symbols of Judaism. These artistic renderings are intended to act as a visual reminder of the values and beliefs of Judaism, creating a spiritual ambiance that inspires devotion and reverence.

In addition to the visual art, ceremonial art in Judaism also includes music and poetry. Jewish hymns, for example, are utilized in prayer services, processions, and various other activities. These hymns often draw upon the same imagery, metaphors, and stories found in the Torah and other Jewish texts, expressing the concepts in a way that is accessible and beautiful. Furthermore, the musicality of these hymns often helps to unite the congregation in a common purpose.

The Importance of Jewish Ceremonial Art in Jewish Culture

The art of Jewish rituals is an integral part of how the culture is passed on from generation to generation. Through the use of ceremonial objects and art forms, Jewish values and traditions are shared not only with others in the community, but also with the wider world. Such expressions of Jewish art serve to inspire, educate, and provide comfort during difficult times. It also serves to remind Jews of their profound bond with the Jewish people as a whole, pointing towards a shared history and a shared future.

Moreover, these expressions of art allow Jews to strengthen their ties to their faith and sense of identity. By creating and partaking in objects and ceremonies that are rooted in Jewish tradition, it is possible to find meaning and joy while preserving and renewing the practices of our ancestors.

Preserving the Art of Jewish Ceremonies

The preservation of Jewish ceremonial art is a crucial part of preserving Jewish culture. Through the passing on of both stories and physical objects, the richness of Jewish faith, philosophy, and history can be passed down to future generations. By keeping alive the songs, stories, and objects associated with traditional ceremonies, Jews can ensure that the spiritual essence of Judaism is never forgotten.

In addition to passing on narratives and objects, Jewish ceremonial art can be preserved through the production of handmade items. Traditional art and handmade produce such as textiles and ceramics, for example, allow talented crafters to recreate and create new objects that evoke the same spiritual energy of traditional interests. By taking an active role in the preservation of Jewish art, it is possible to ensure that traditions and values are honored and remembered.

It is said that some Jewish ceremonial objects, such as the mezuzah, possess hidden mystical qualities. According to Jewish tradition, the parchment contains the 72 names of God written in Kabbalistic code, and provides a spiritual protection for those who carry it with them. The mezuzah also serves as a reminder of divine presence, and is used to impart blessings upon those who have faith and trust in the Lord.

In the same vein, the importance of the shofar has been upheld for centuries. Blowing the shofar has become a powerful symbolic gesture, reminding Jews of their connection to the past and calling them to repentance and reflection.

Furthermore, the physical creation of Jewish ceremonial art is often seen as a spiritual act in and of itself. While working, some artisans may offer blessings or recite certain prayers that are believed to imbue the objects with power and energy from the divine realm.

In conclusion, the beautiful art of Jewish ceremonial objects has provided beauty and meaning to generations of Jews throughout the ages. From the exquisite menorahs to the profound symbolism of the mezuzah, these unique items are imbued with both spiritual and historical significance. Furthermore, Jewish ceremonial art allows Jews to connect with their culture, strengthening their ties to their faith and providing them with a sense of identity. Moreover, through their preservation, these objects and rituals can serve as beacons of hope, bridging the gap between the past, present, and future- reminding us all of our shared connection to one another. 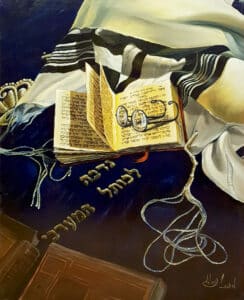 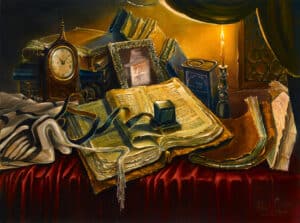 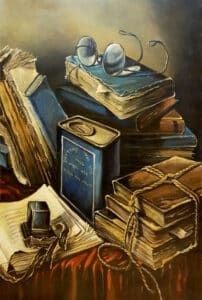